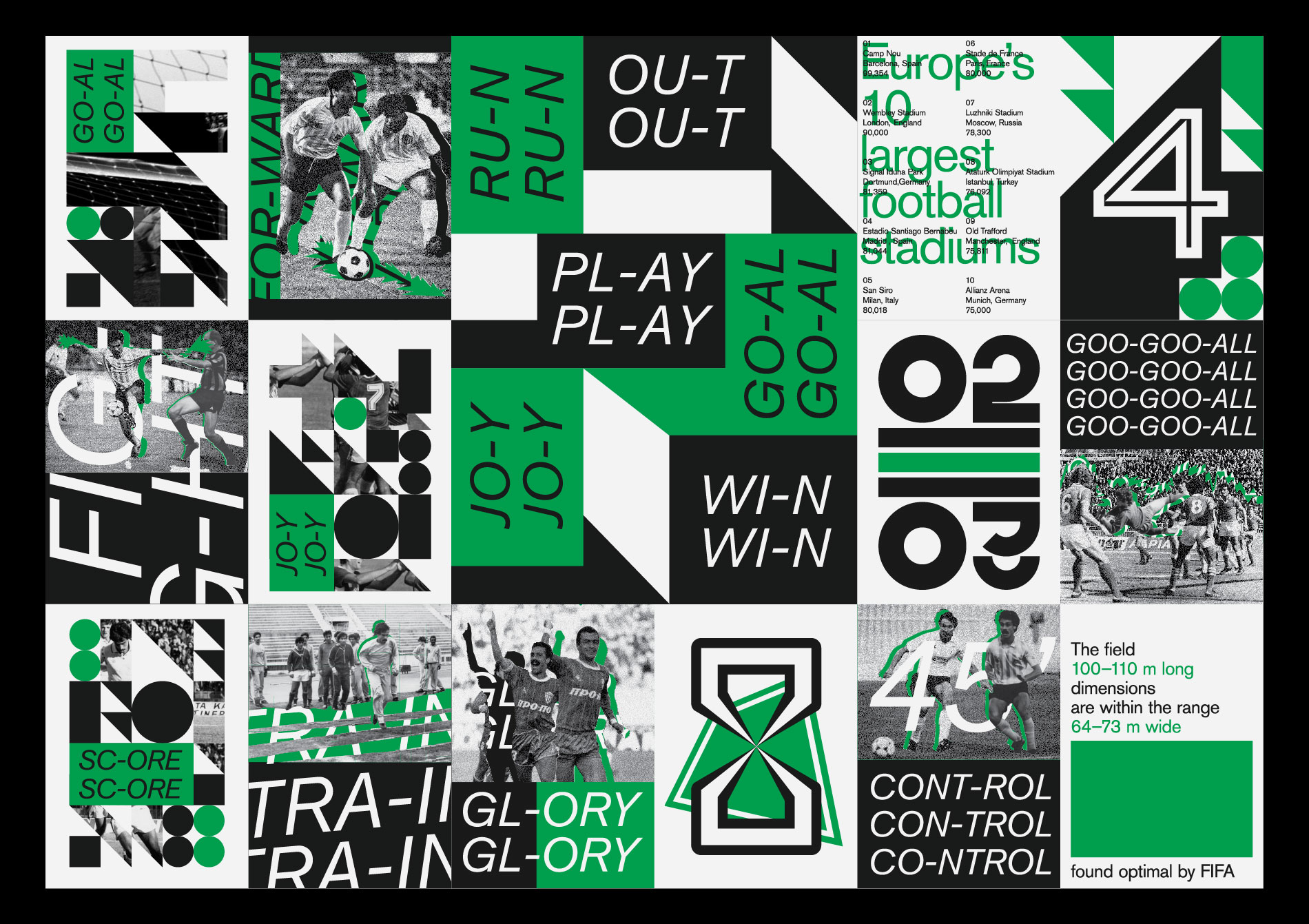 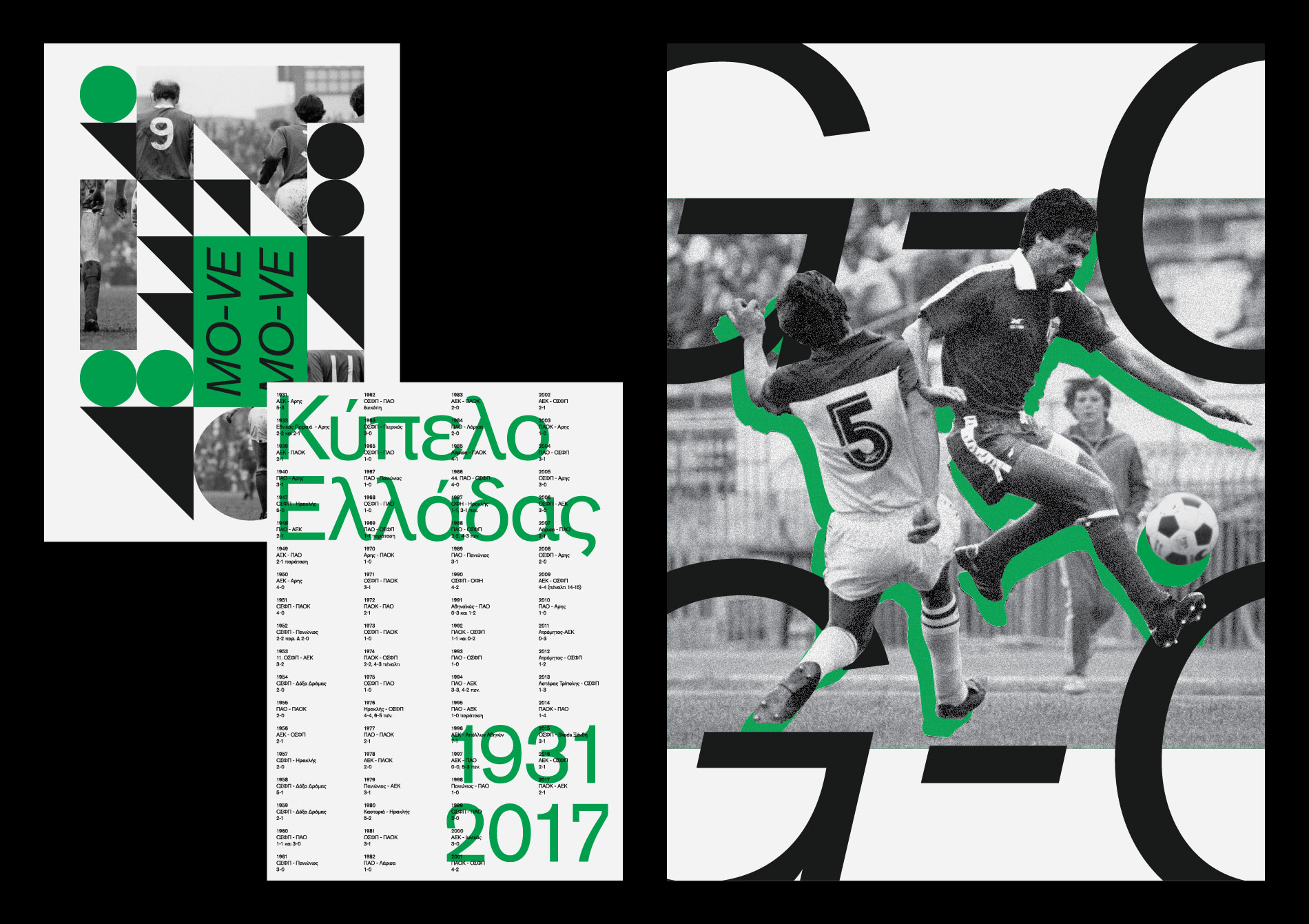 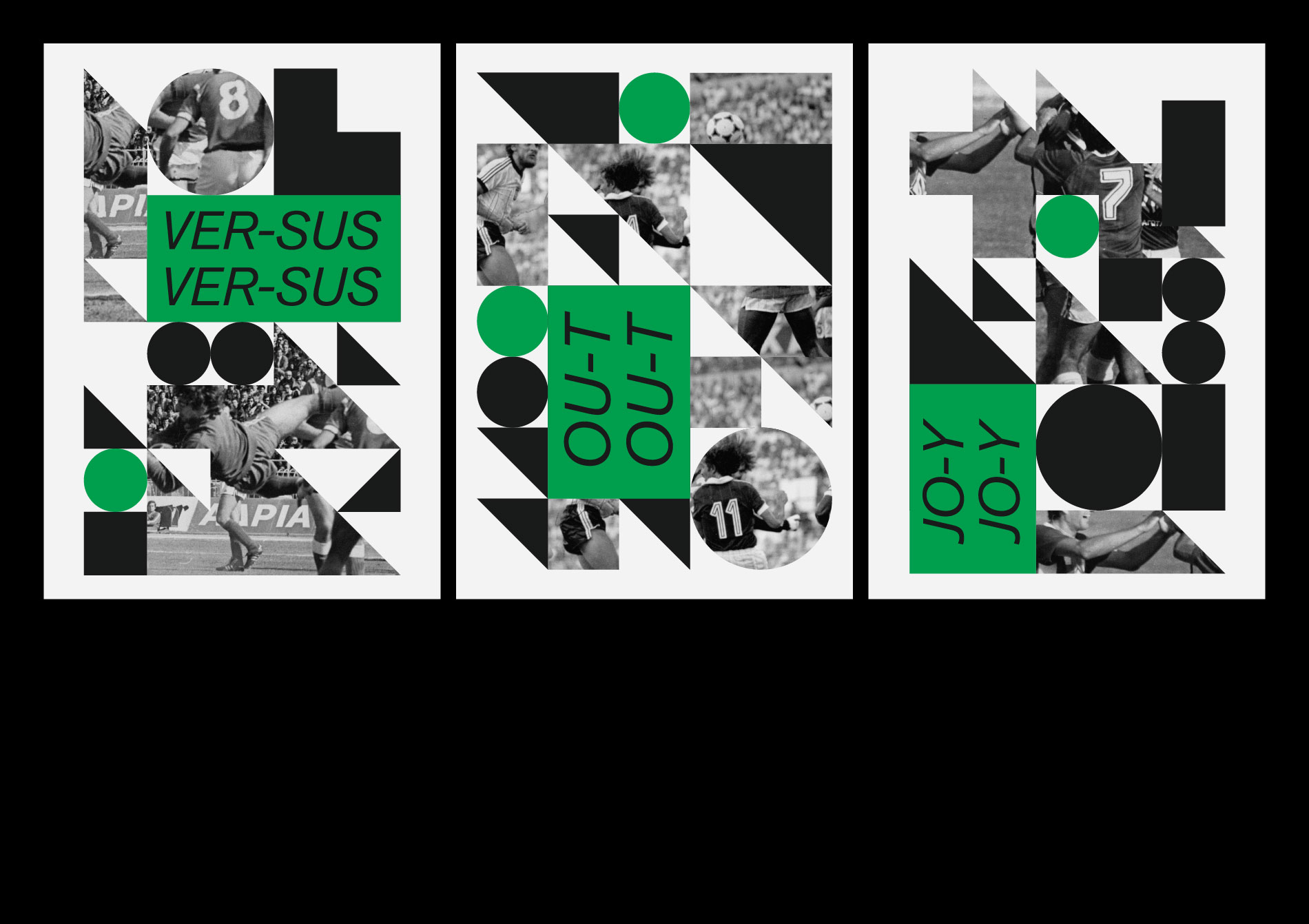 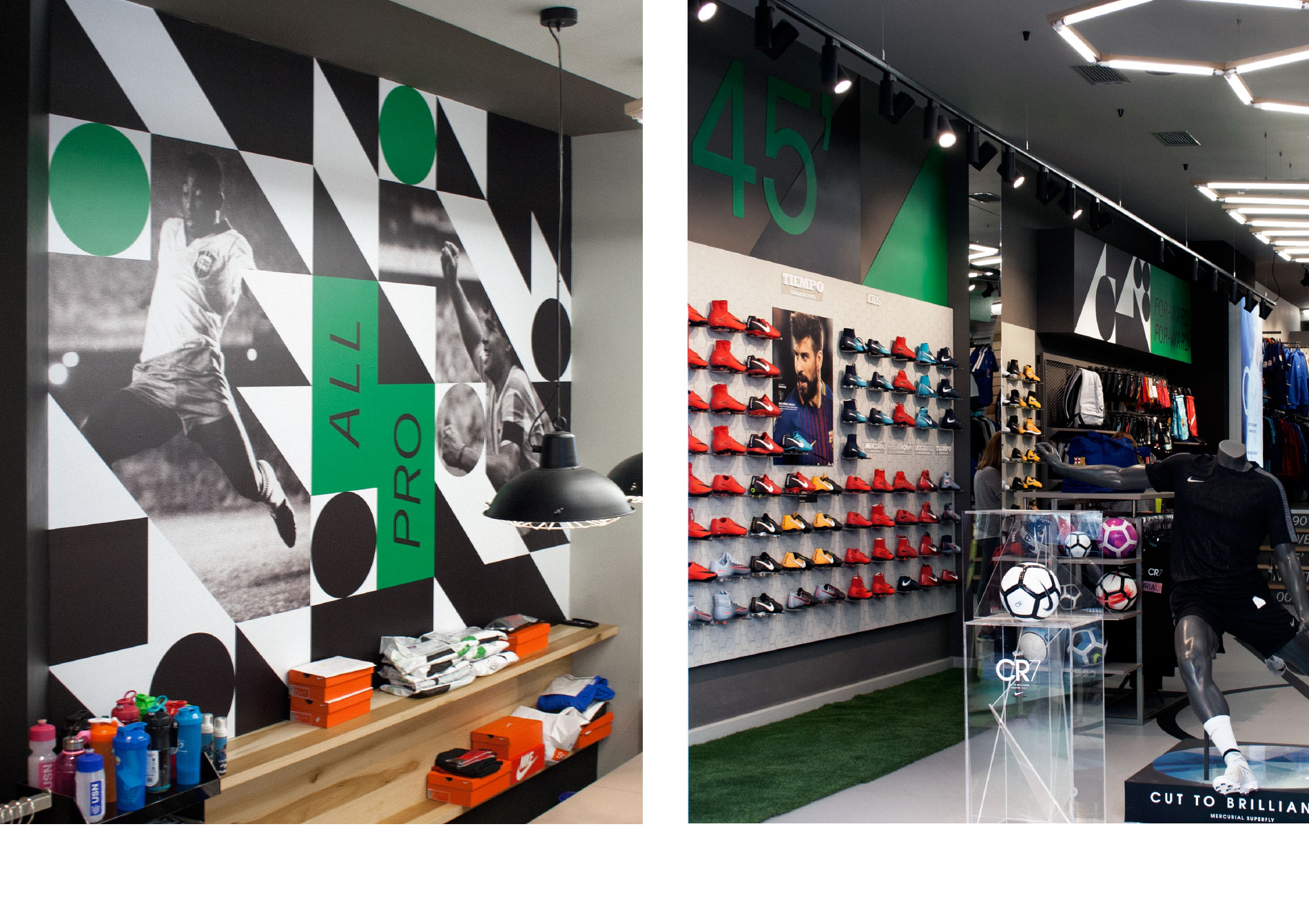 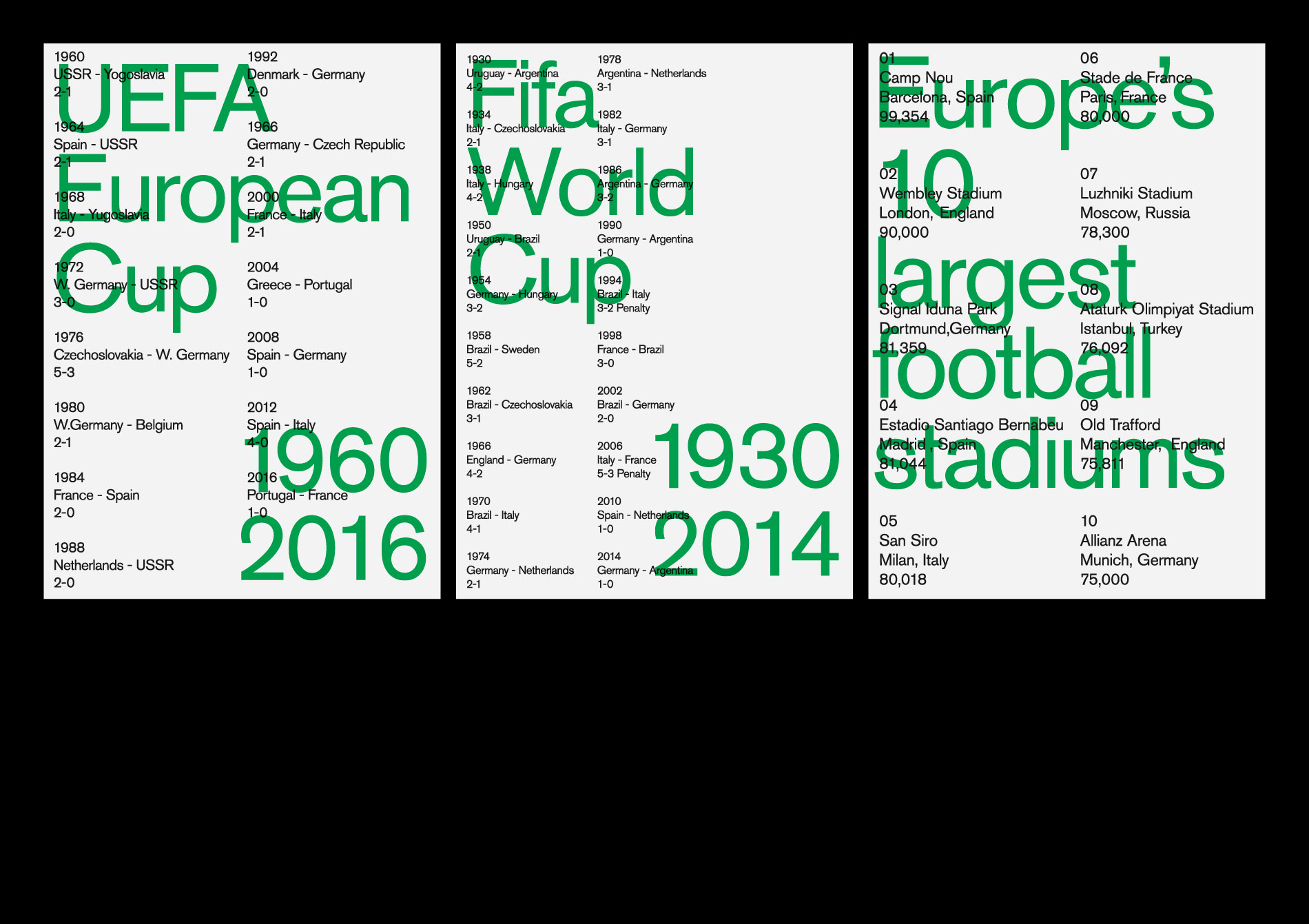 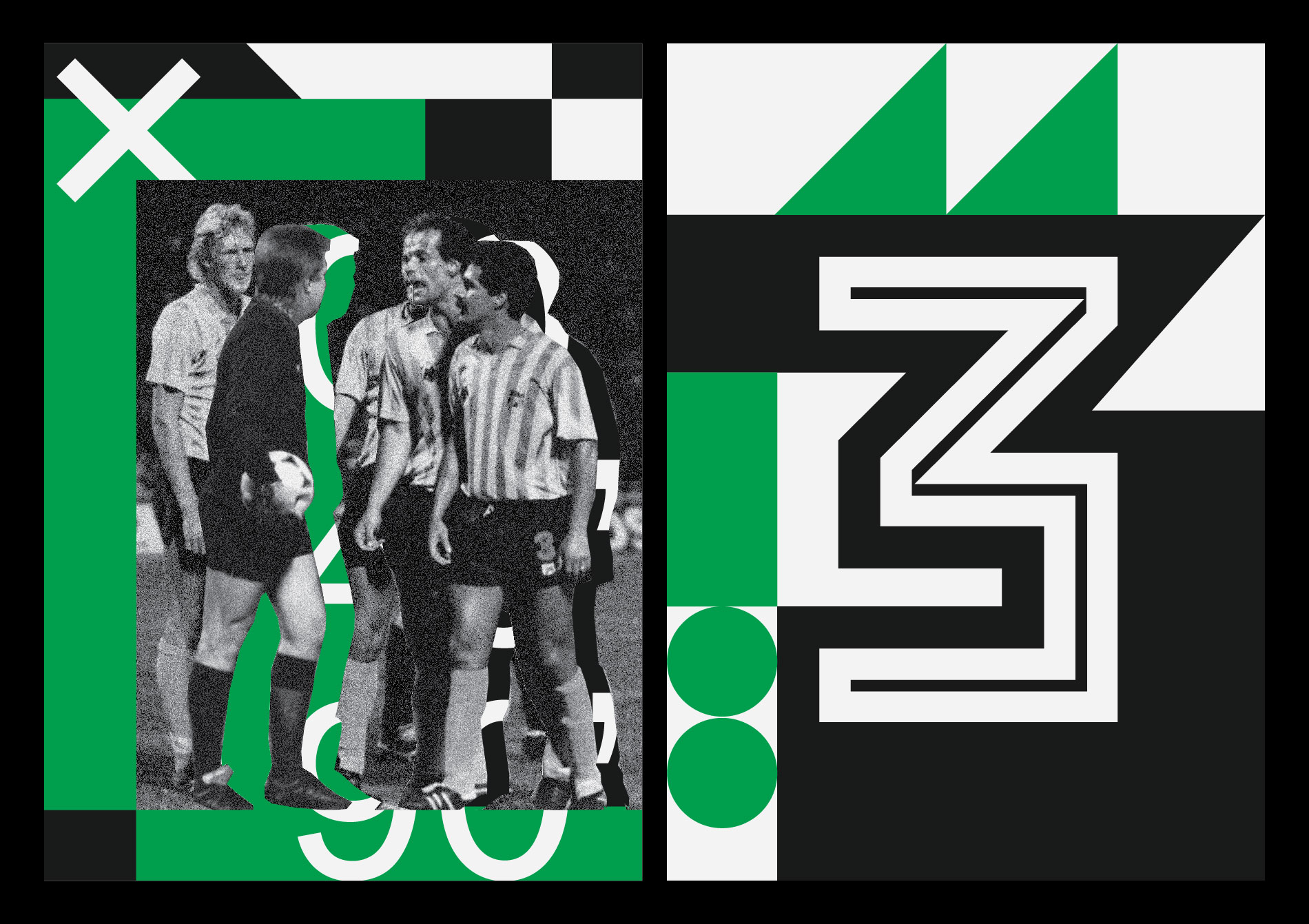 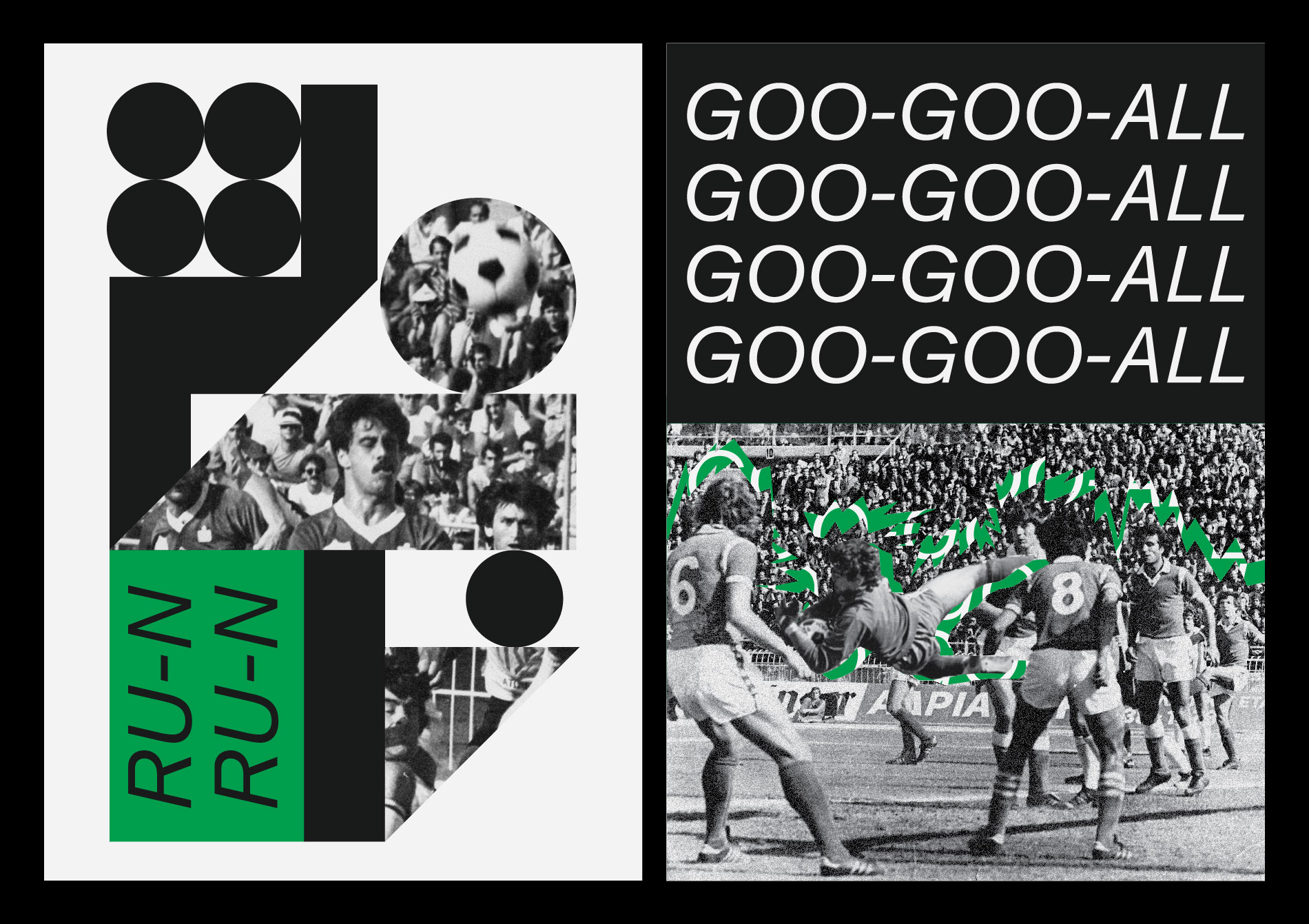 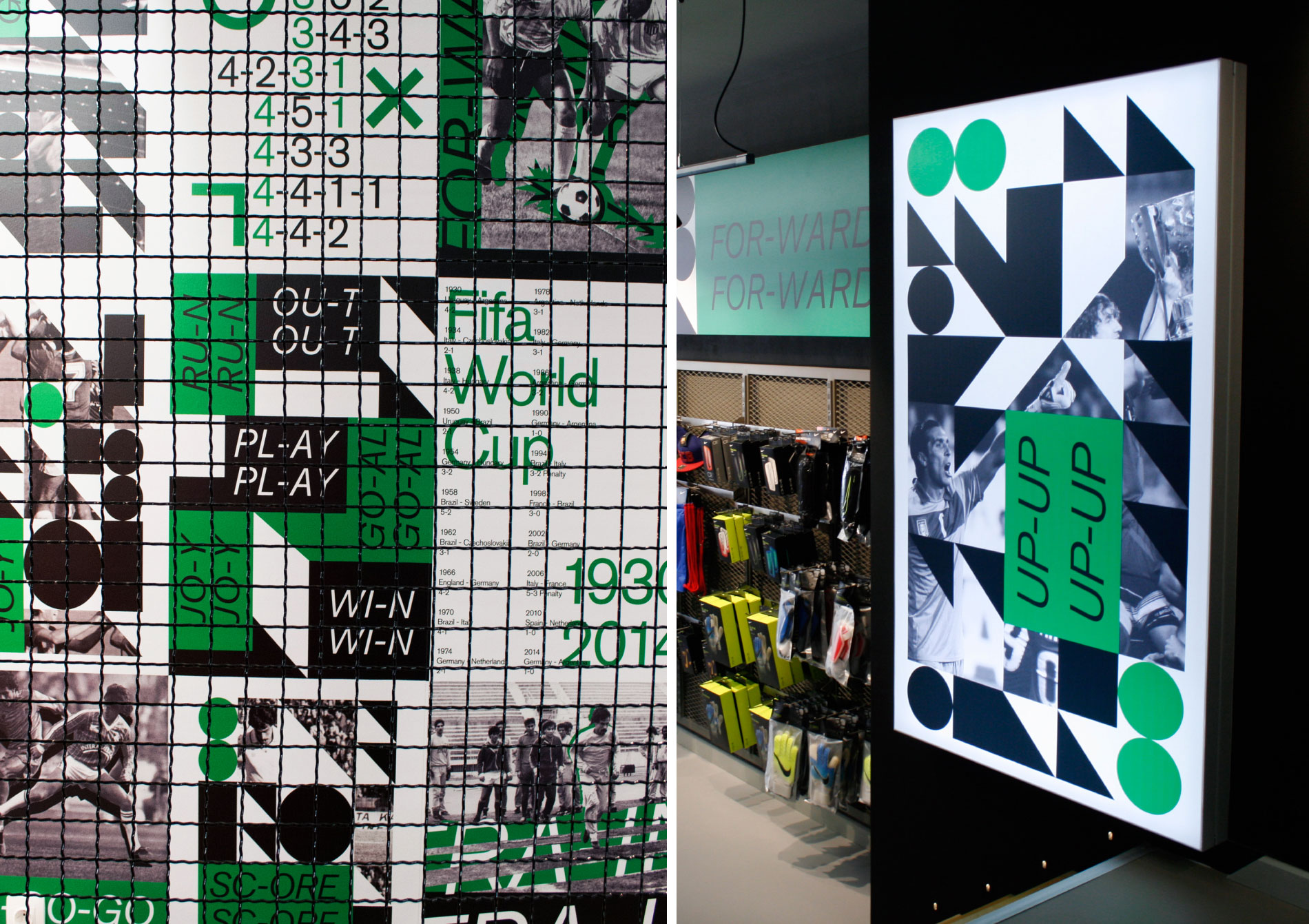 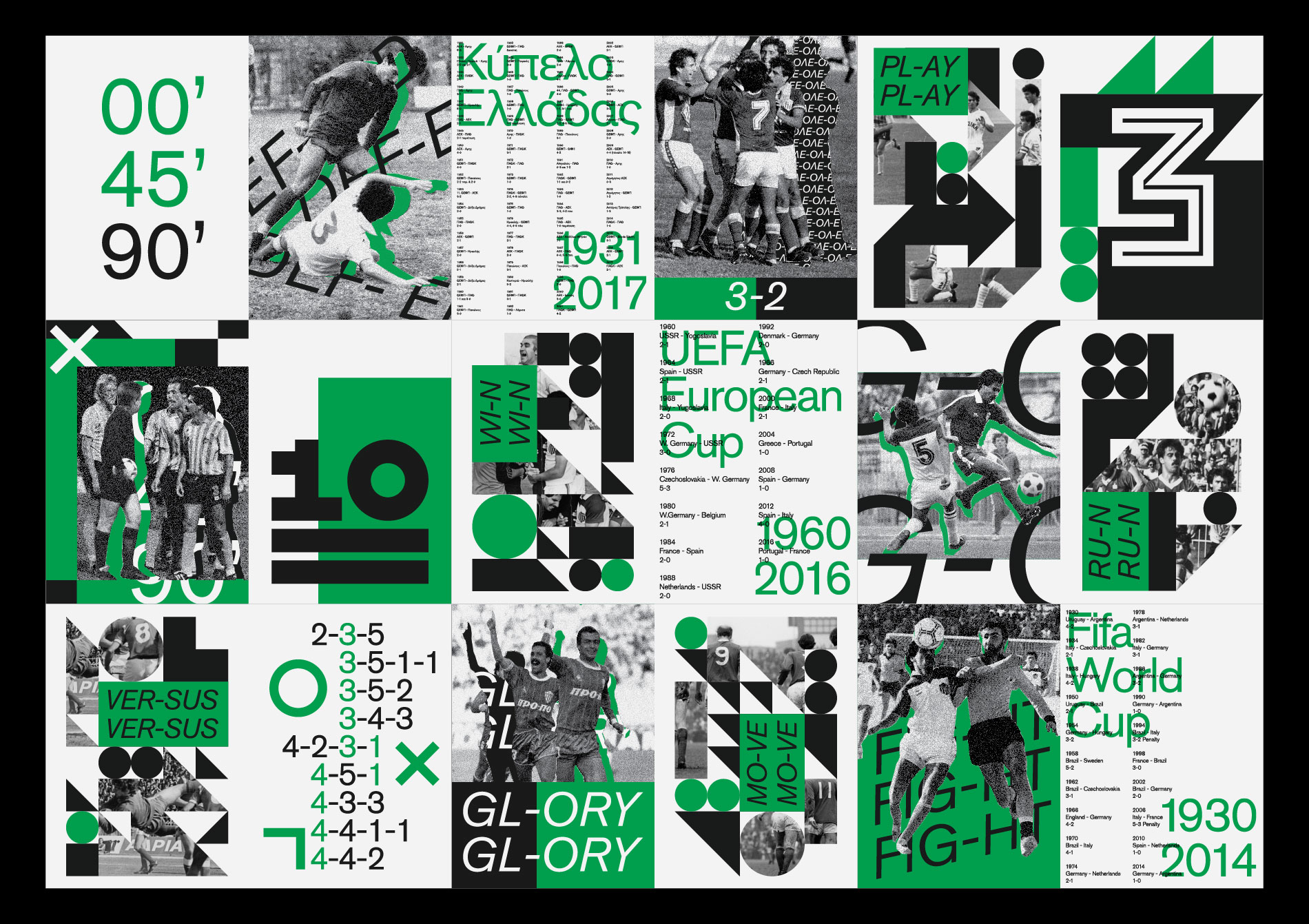 Football Pro is a retail store at the centre of Athens, focused on football apparel branded by Nike & Adidas. We were commissioned to design in collaboration with Markos Zouridakis, the store’s visual identity in a football representative way and worthy of the brands hosted. Another point was to follow and develop the already existing identity.

Because of the extent and the different surfaces, a three-axis visual system has been developed in a variety of applications such as panels, cashier, posters, columns, etc. The common basis of all three is typography, as a vehicle of incitement, action and emotion. The first axis has basic shapes, composing dynamic directions in space. The second carries typographic systems, claiming the typology of football by highlighting its archival character. The third axis, is the collage technique combined by the two previous, and enhances the legacy, the unforgivable figures, the atmosphere of the game, in action and in emotion.

The above are conceived to create a language for all, small-sized (academies of children, groups) - professionals and non-professionals, fans and non-members.