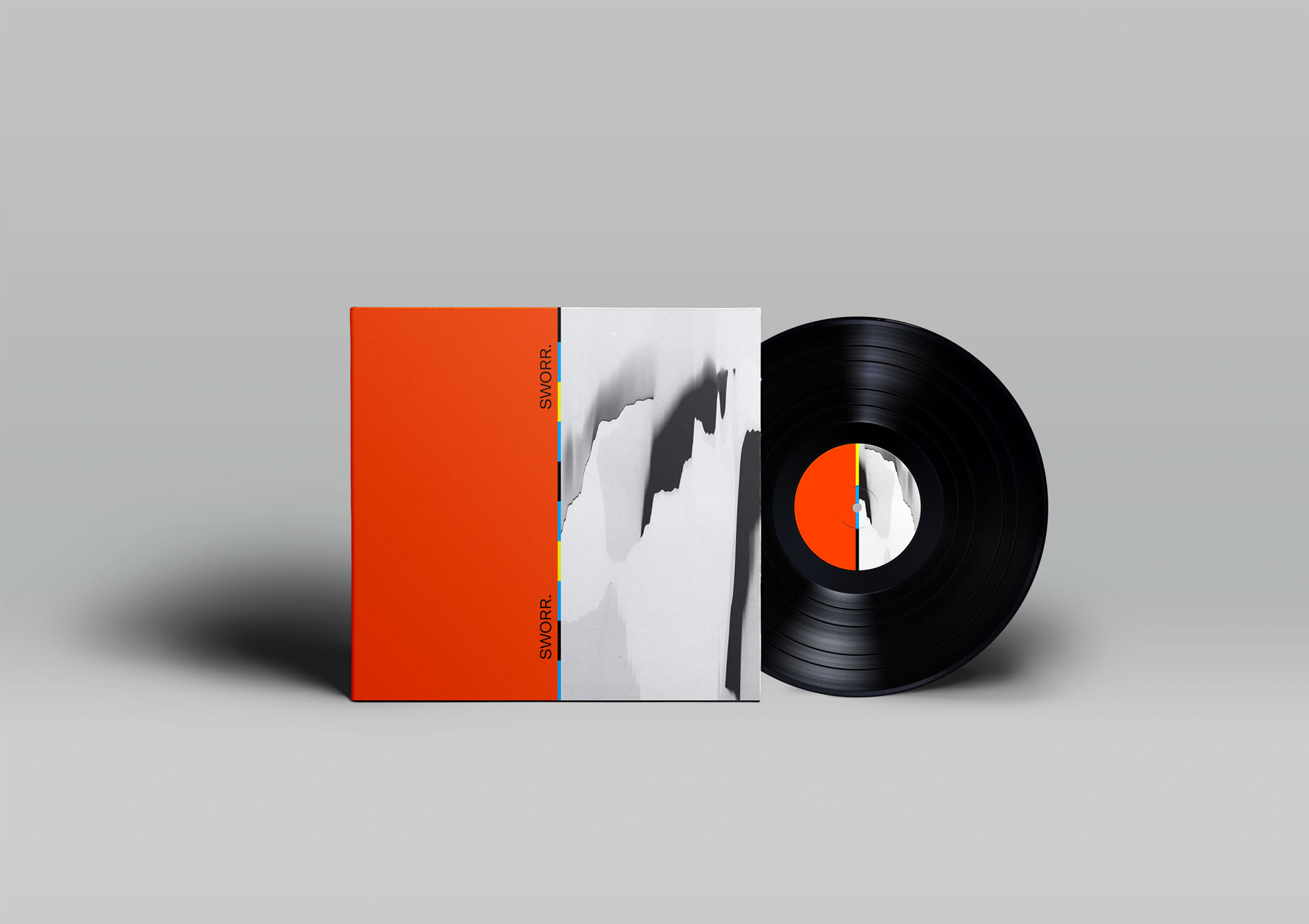 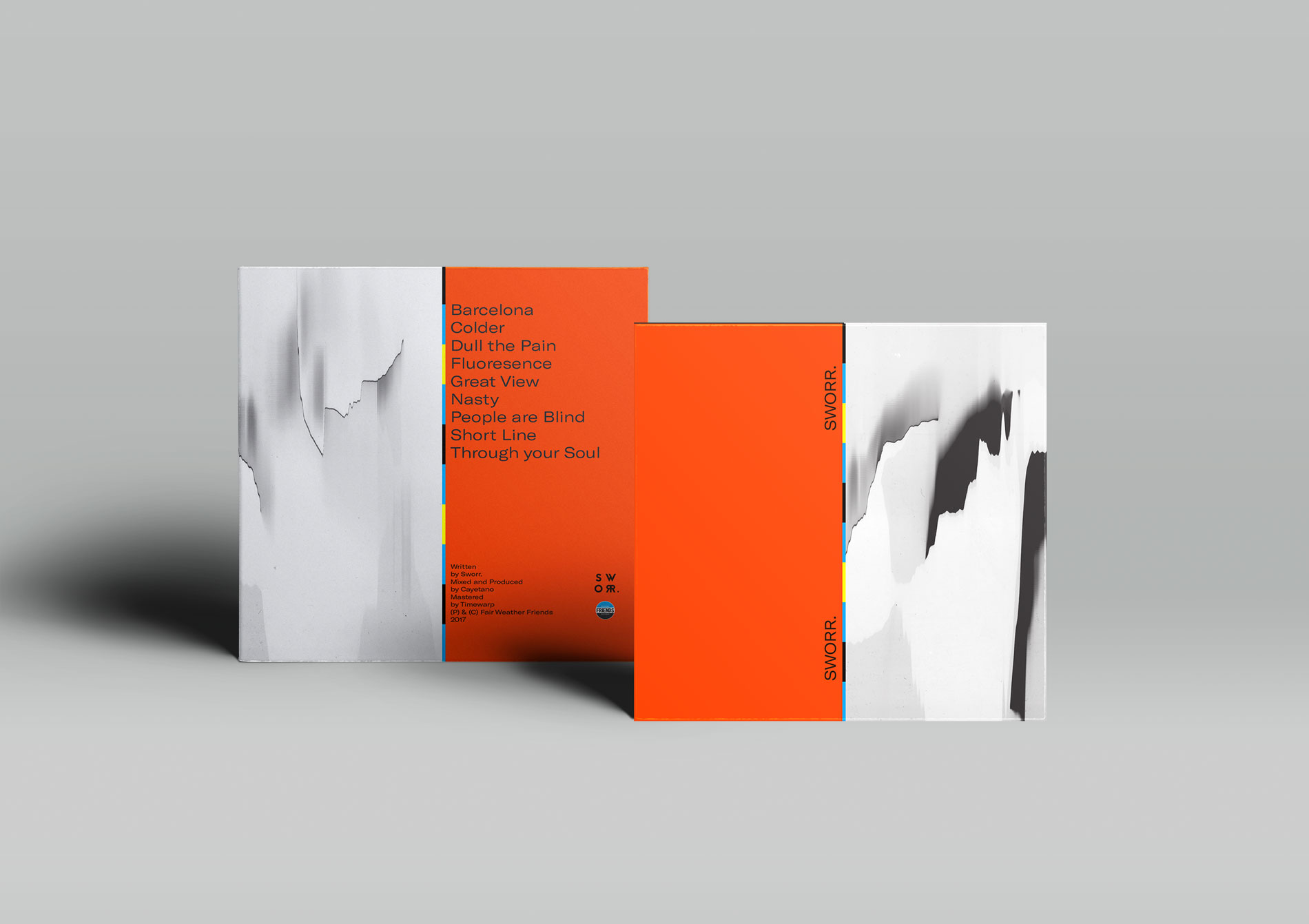 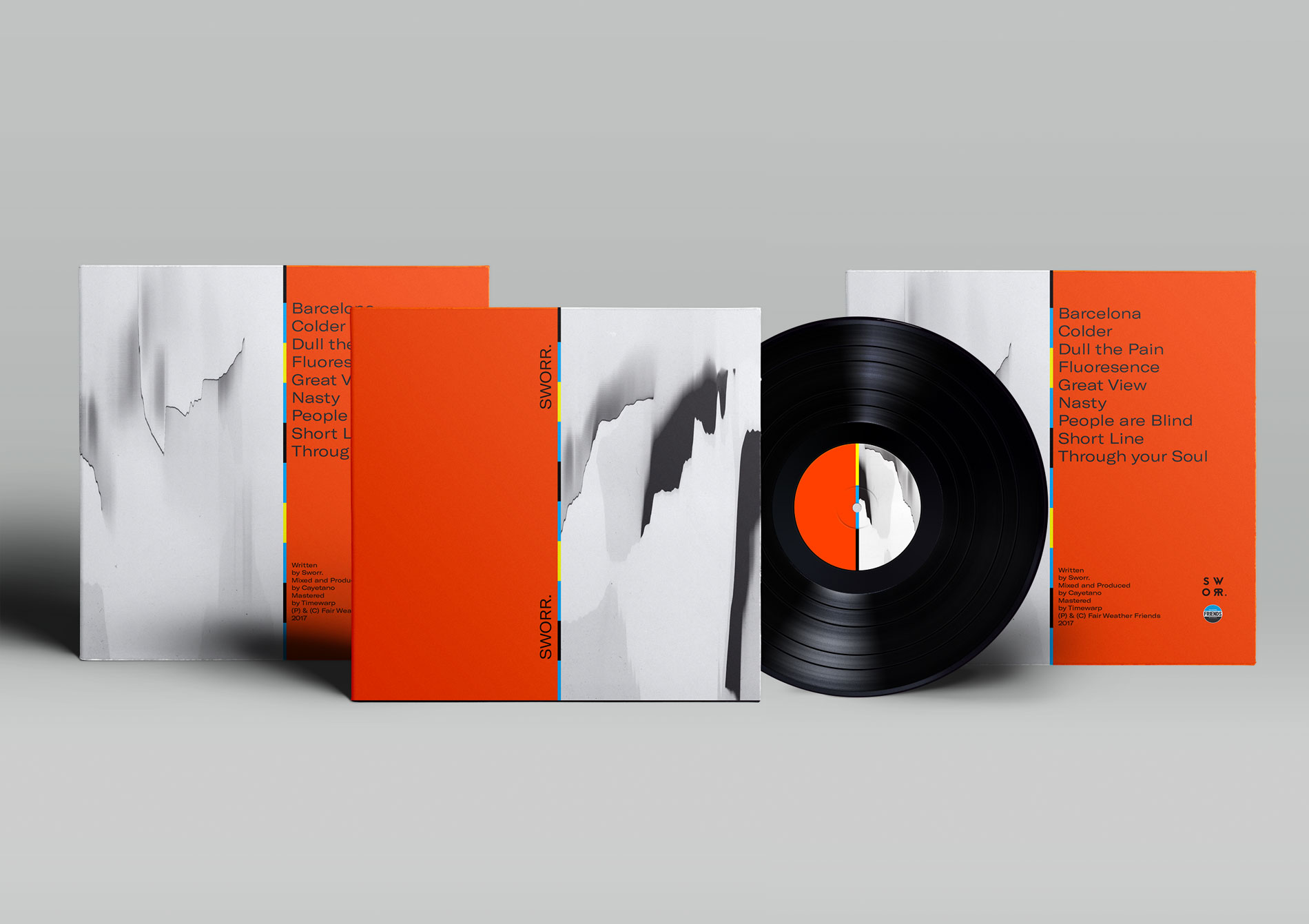 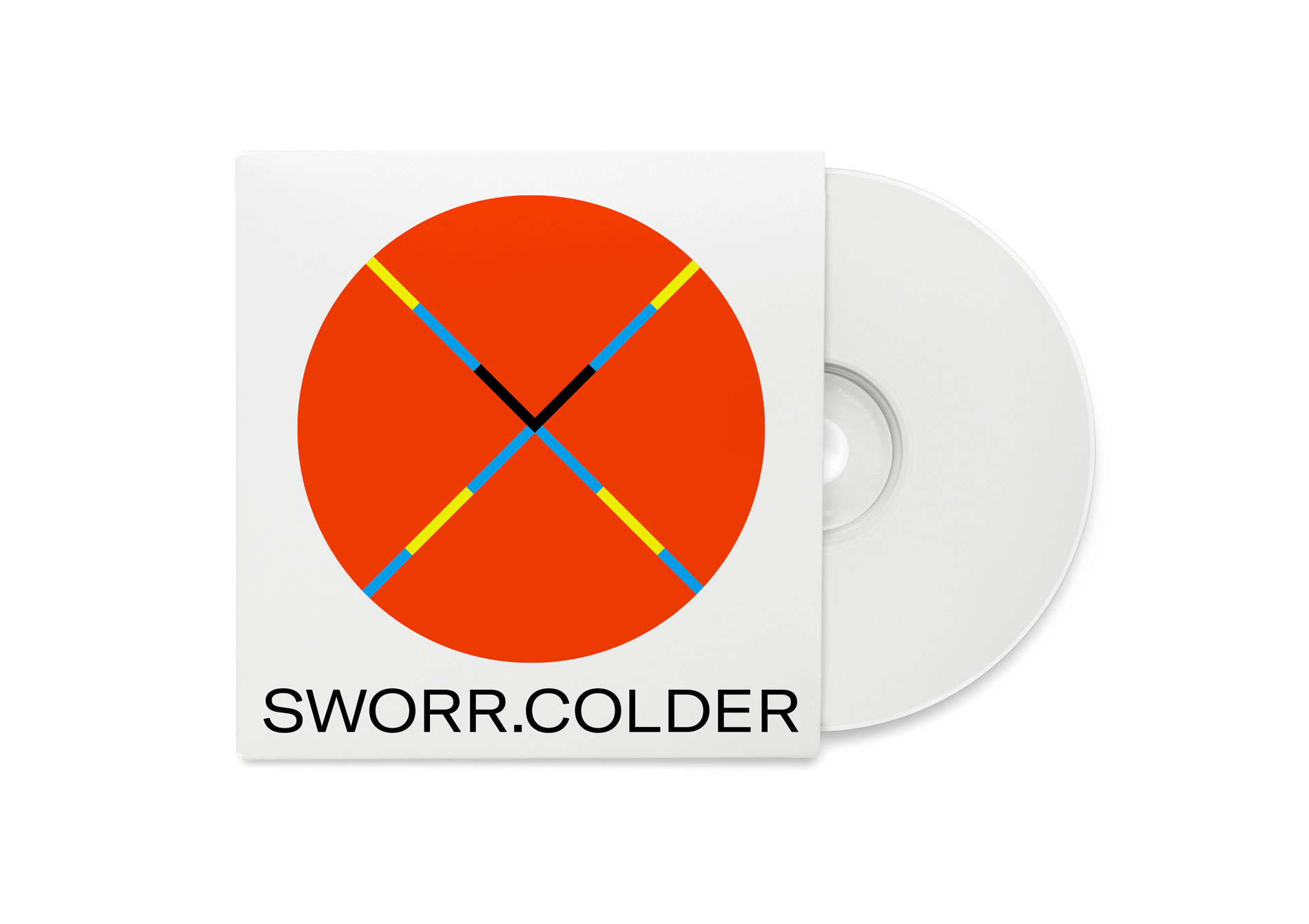 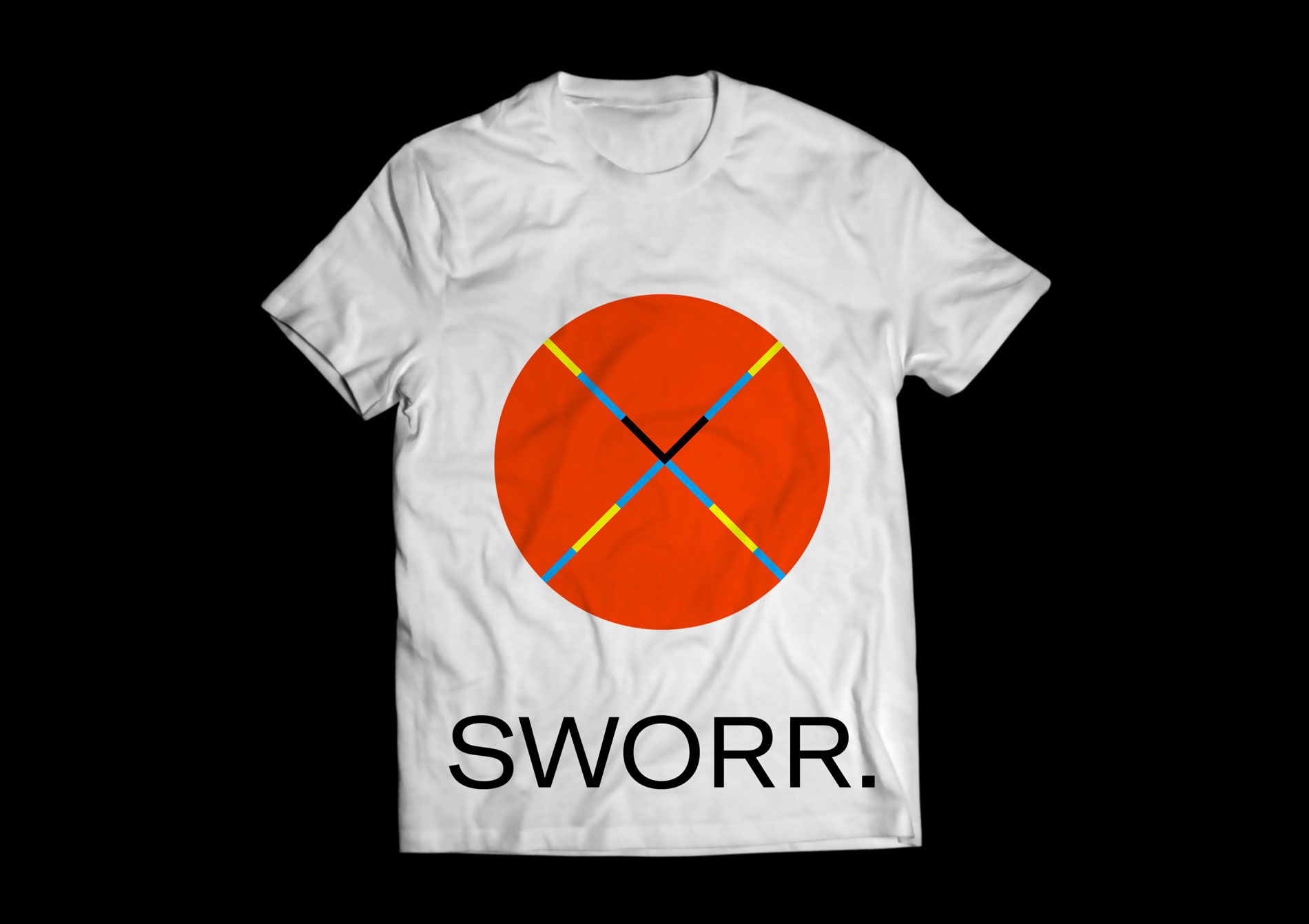 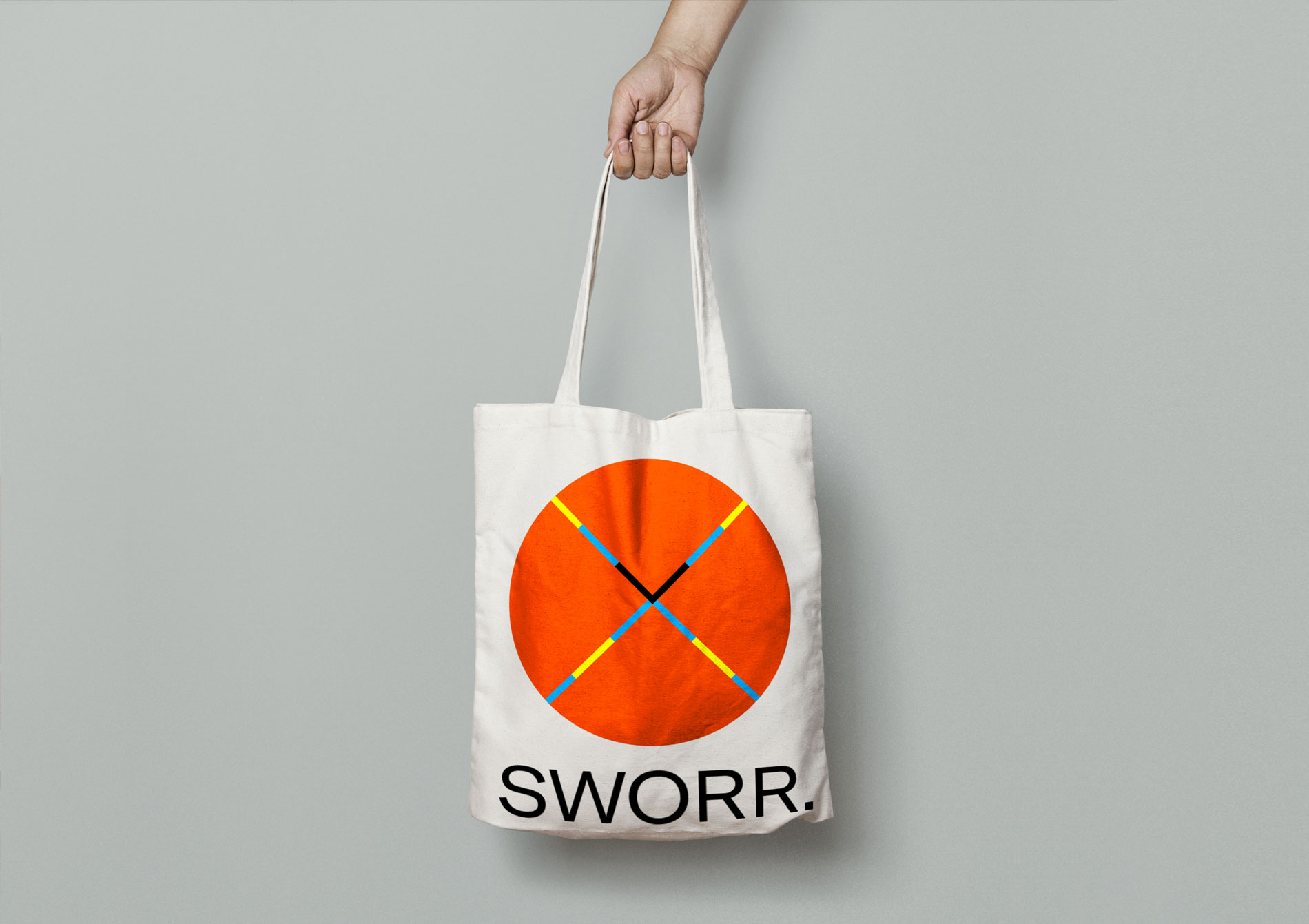 The source and constant atmosphere of Sworr's debut album was the beginning of the design, an album with an obvious mix of soulful electronica, alternative pop and tripped-out guitars. The artwork divided into two, bridges the band's concerns and is being featured either through the lyrics or through the sound. The lyrics reveal the insistence of a youth who "bleeds" for a truth, as opposed to the perception that the world has for the band. The sound explores the darkest paths of downcast electronica and is completed on the right side of the artwork, from an amorphous shaded and illuminated surface set and photographed by us in favour of the artwork.

We designed the proposal in collaboration with Eleftheria Straka, the artwork of the vinyl, cd and cassette for the single and also promotional material of the debut, such as tote bag and t-shirt.