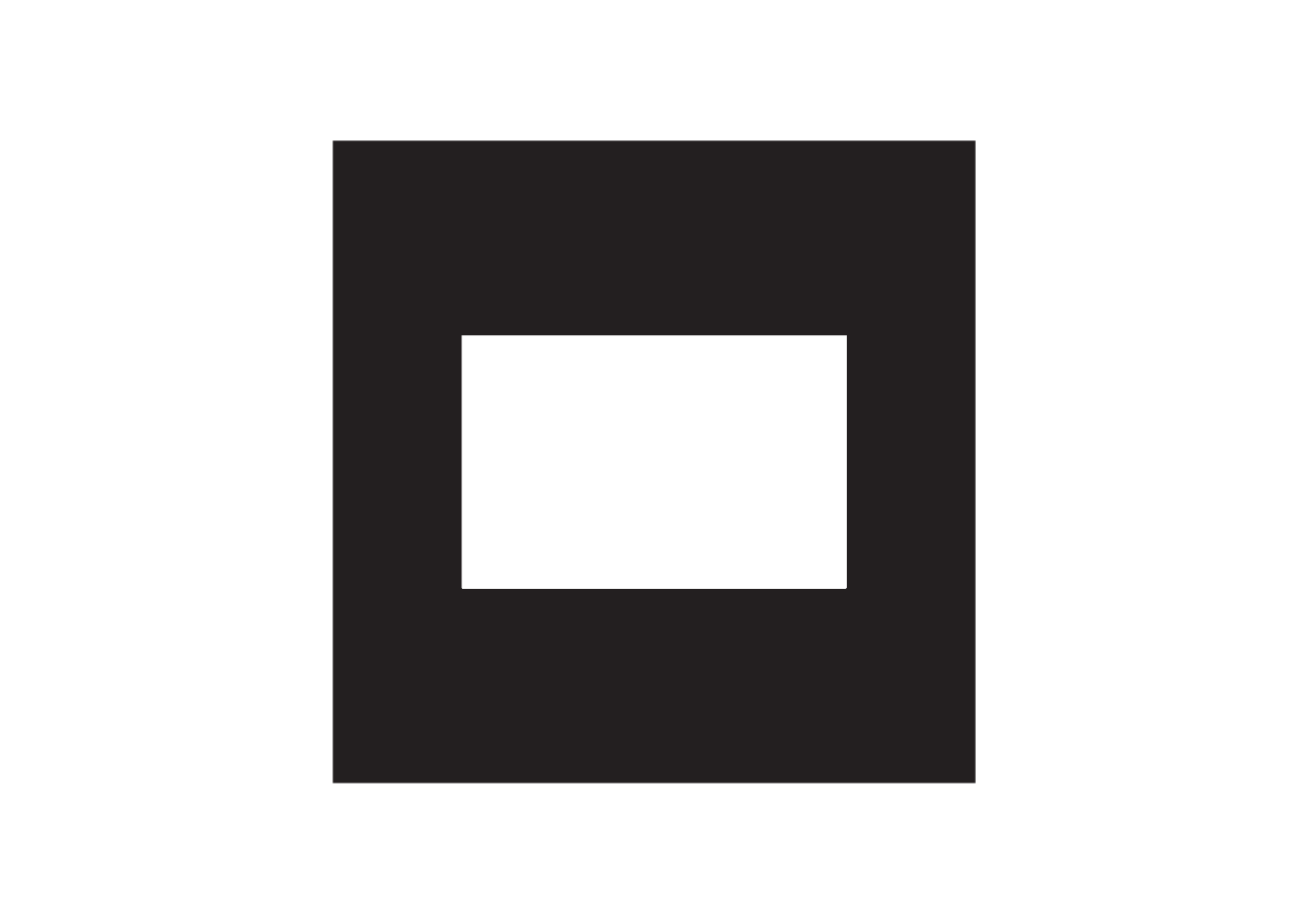 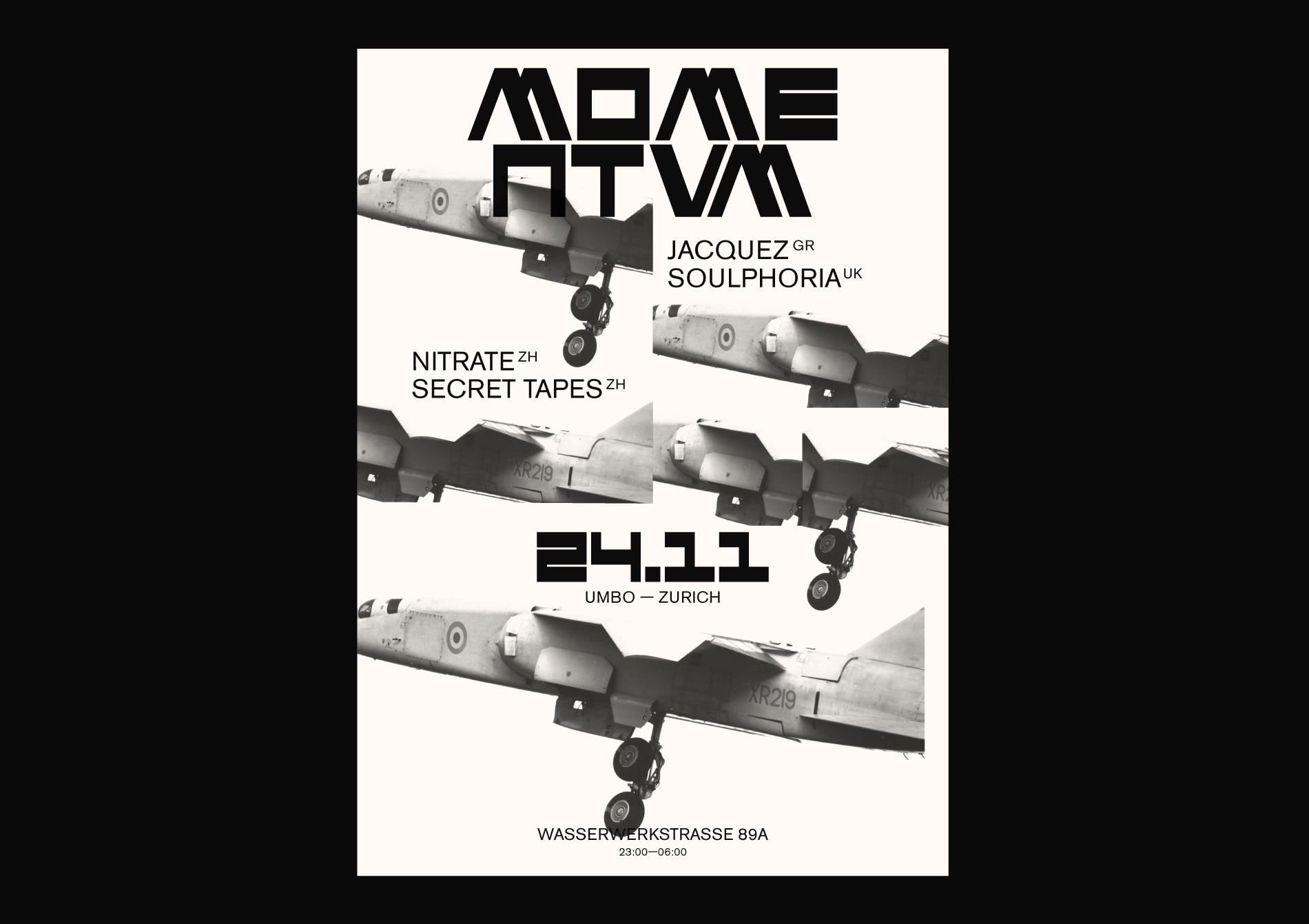 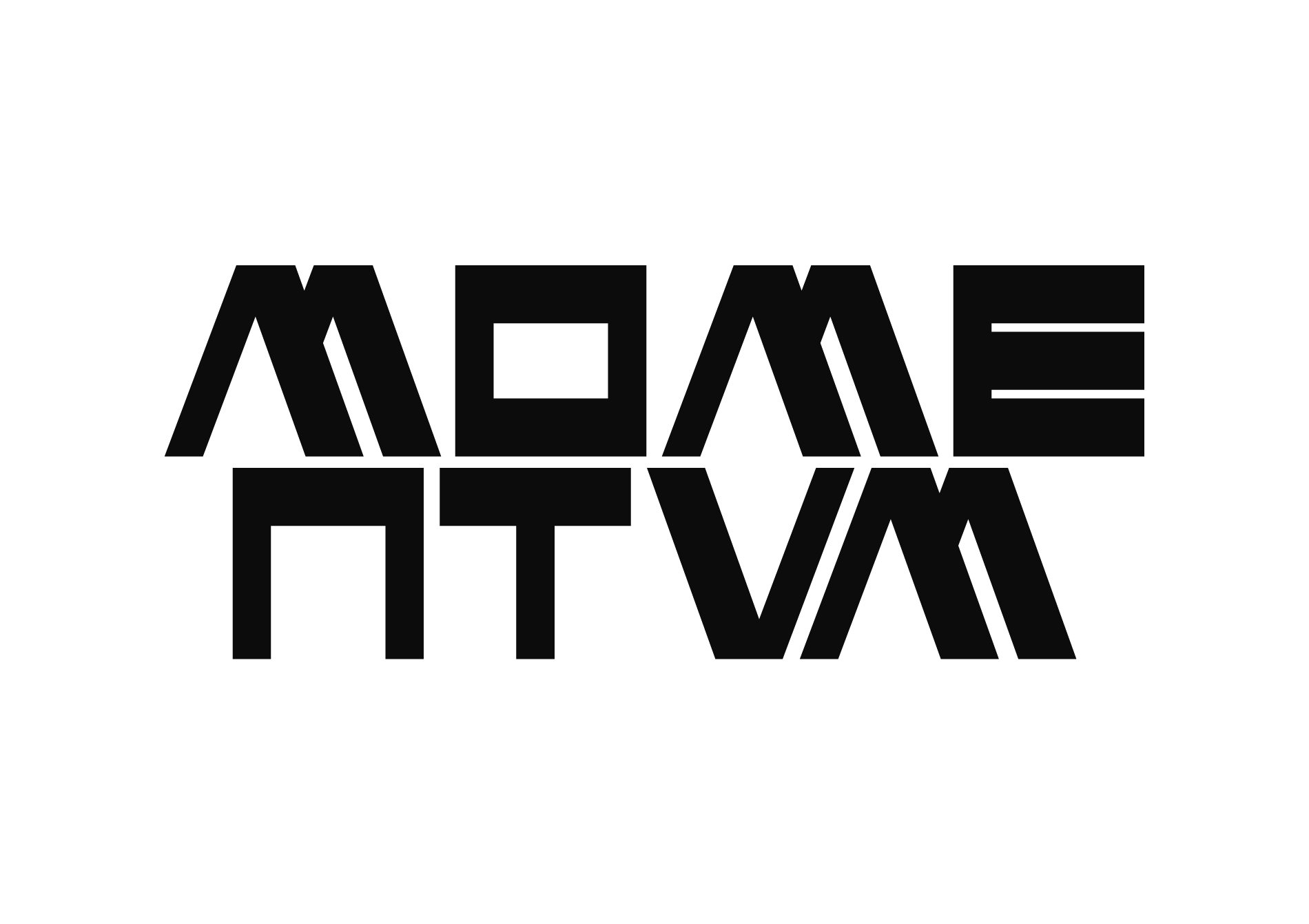 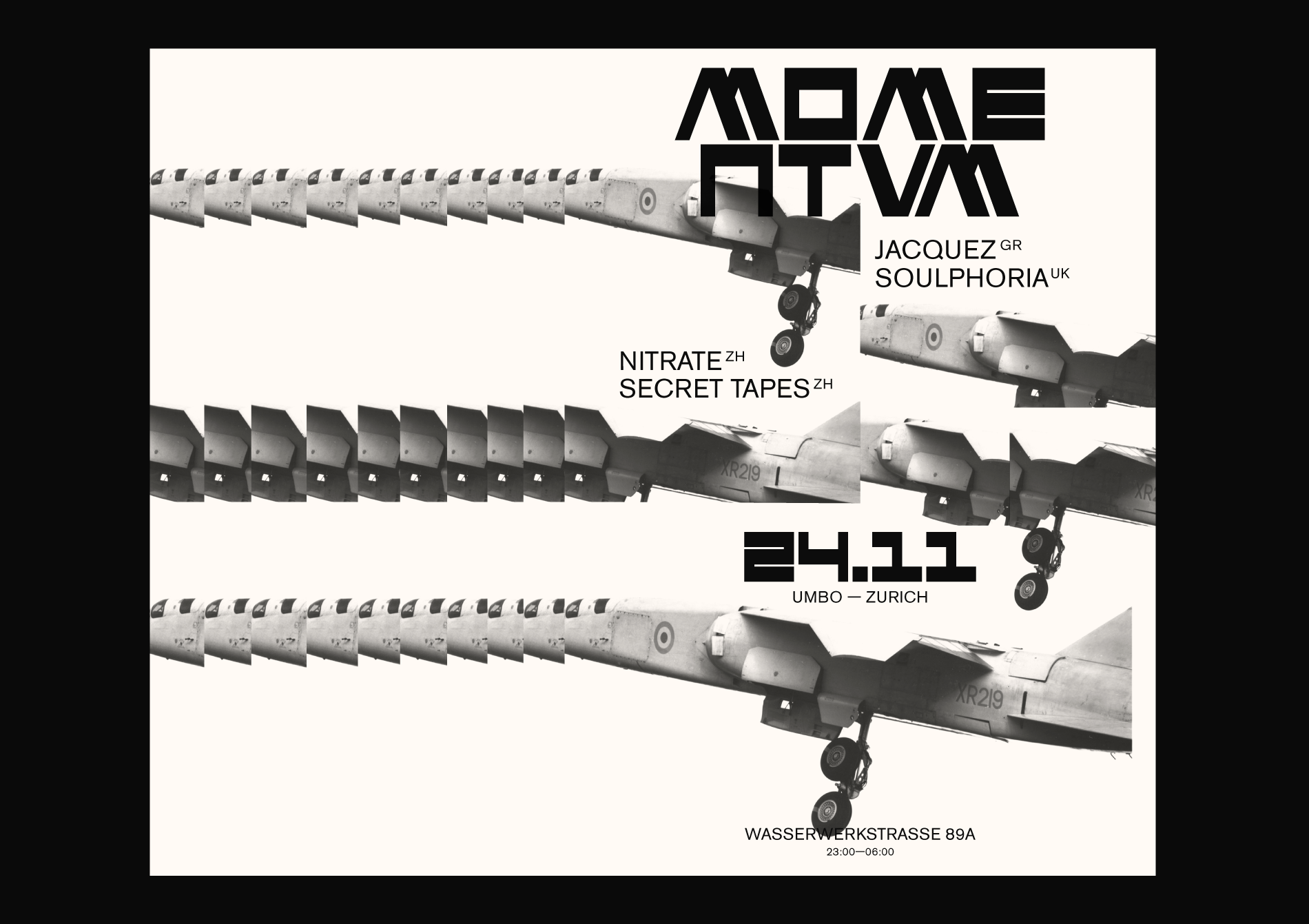 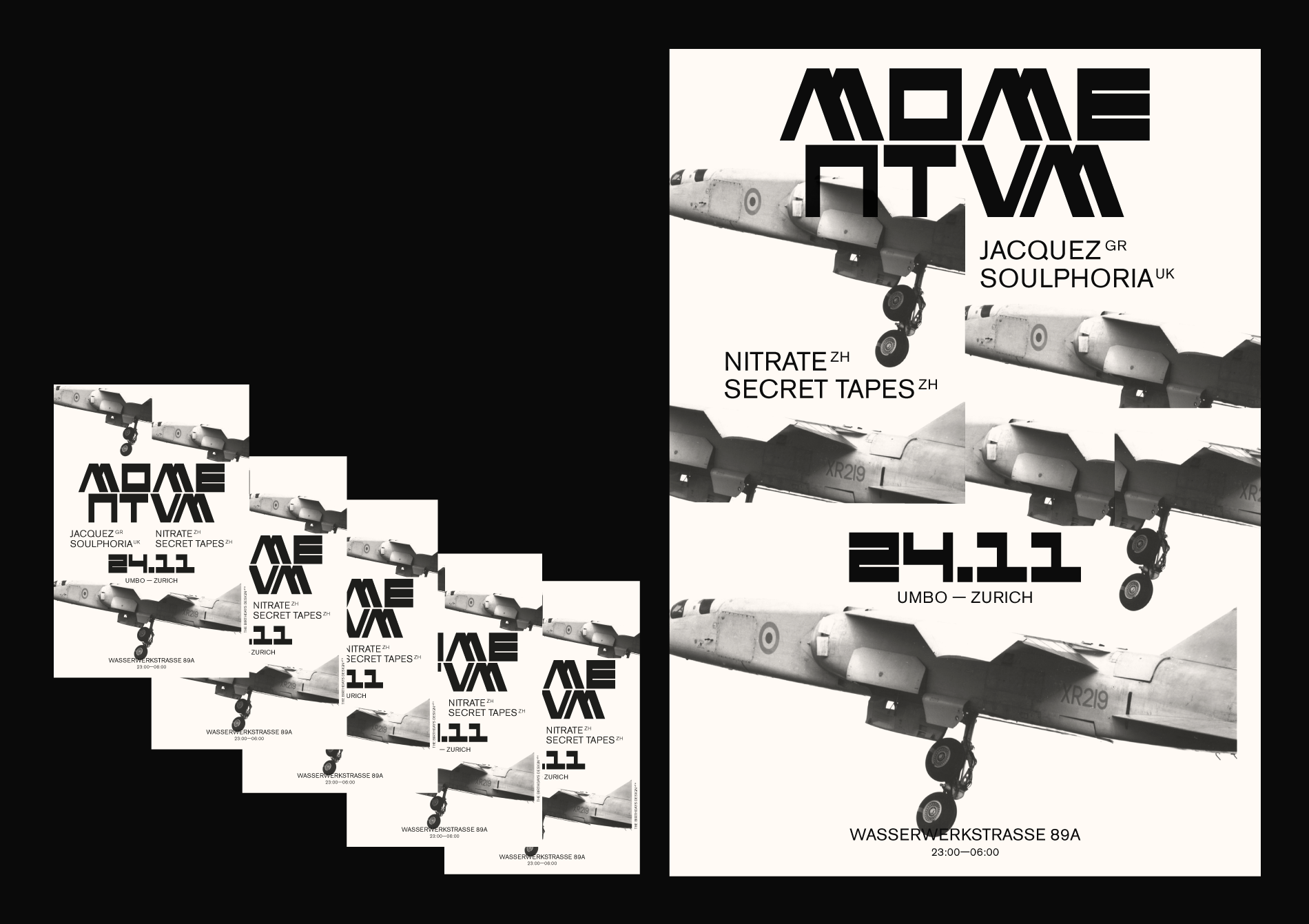 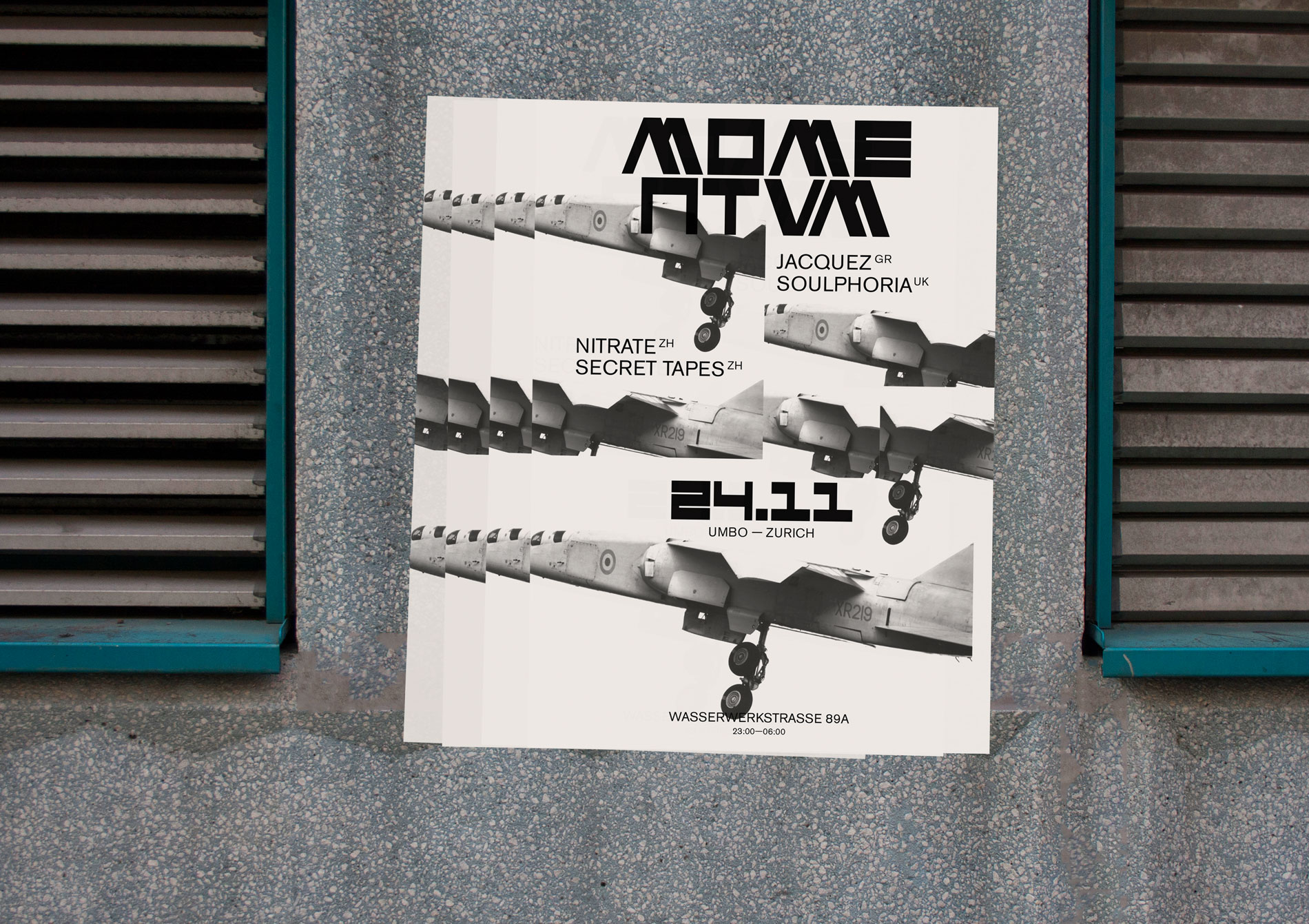 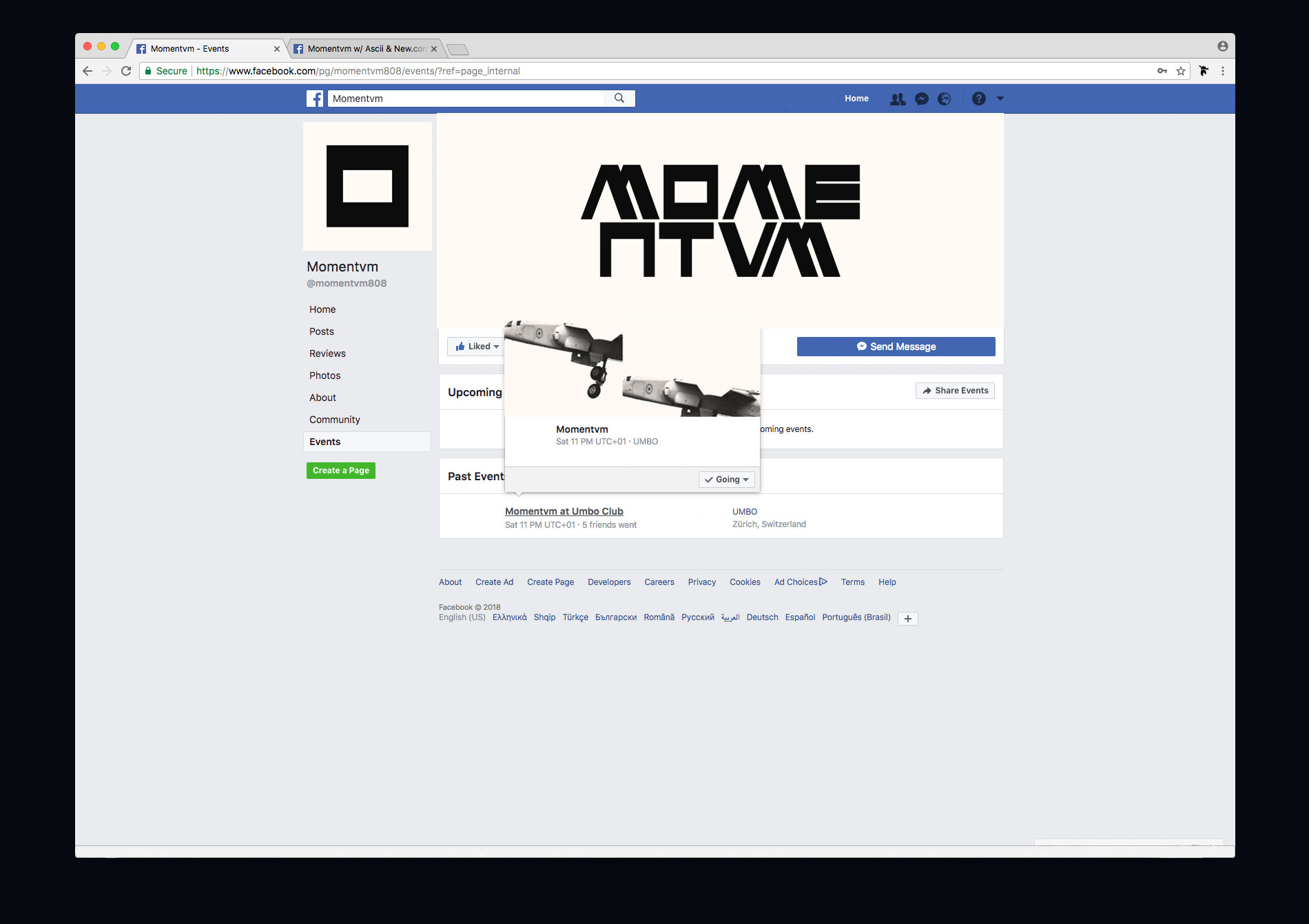 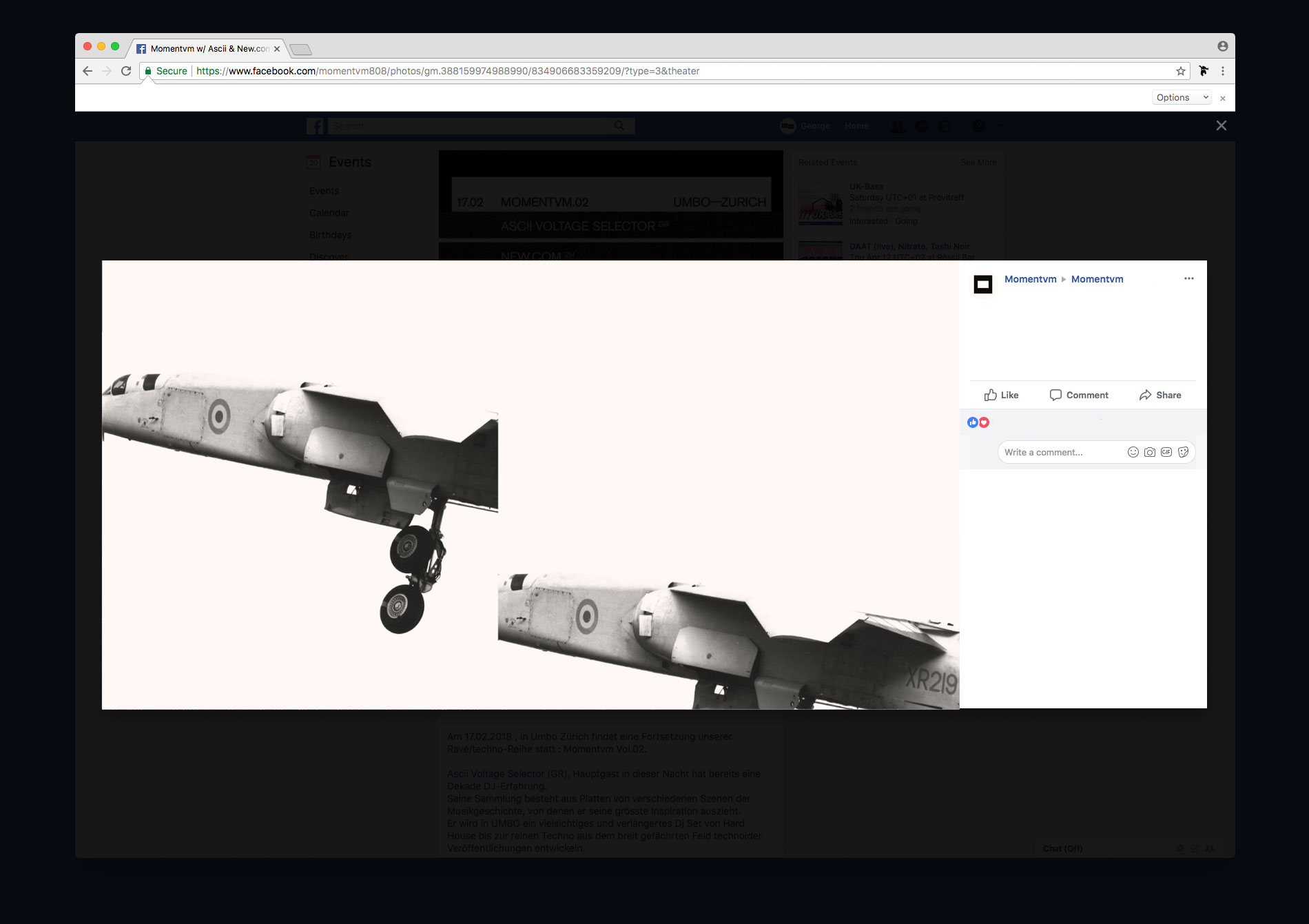 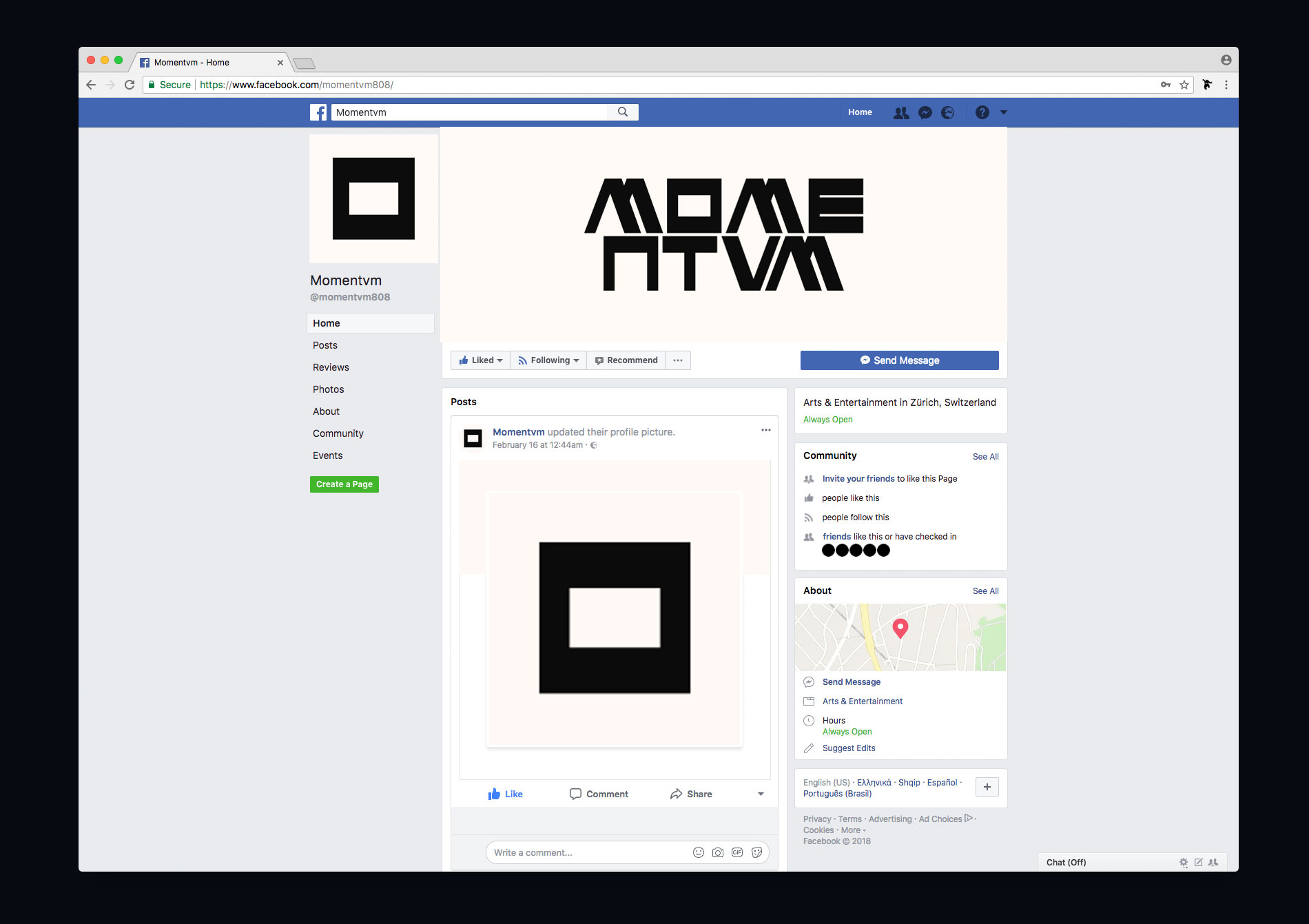 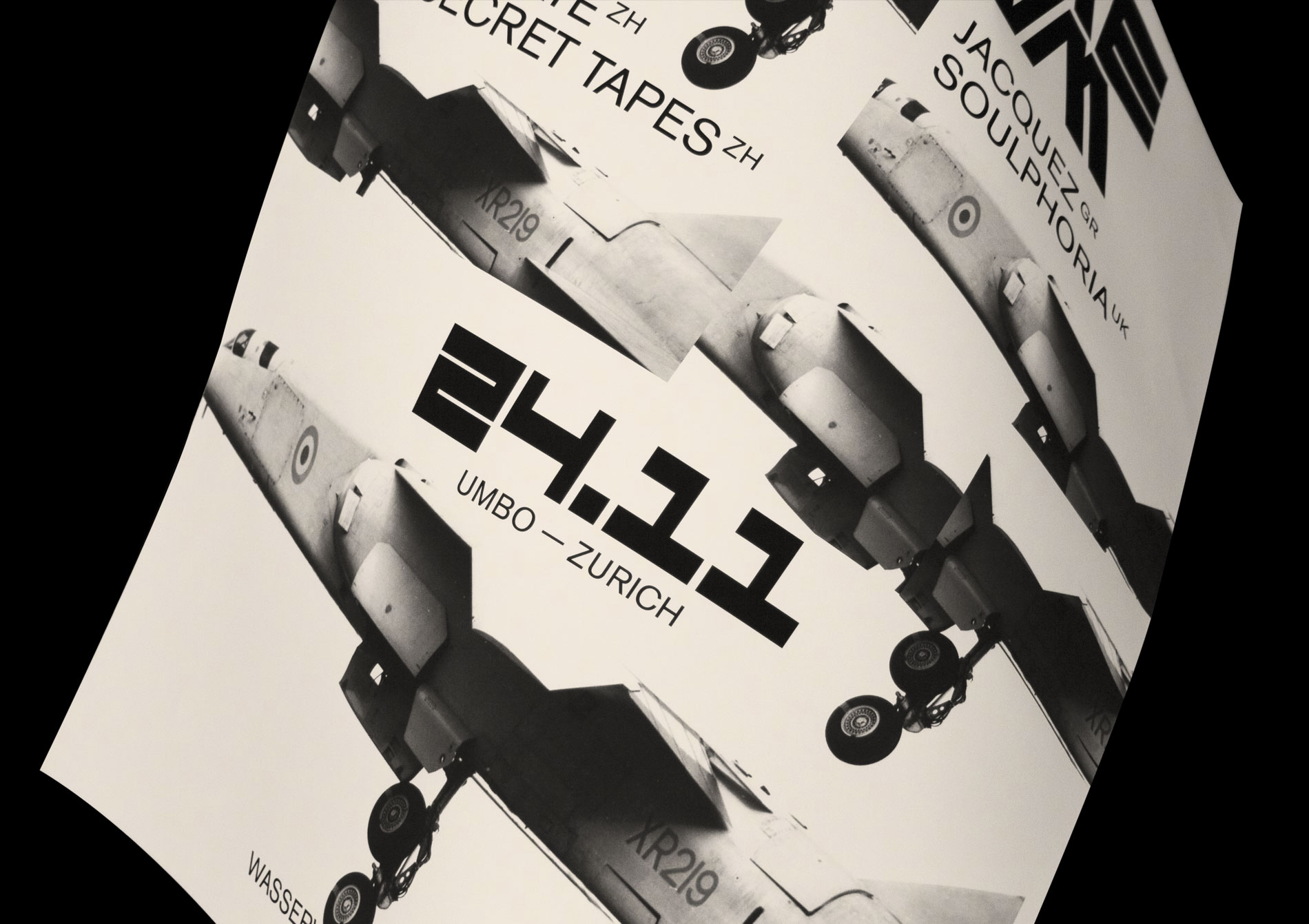 Momentum equals the amount of motion of a moving body, measured as a result of its mass and velocity. The poster for the Momentvm concert in Zurich shows the British fast-moving plane TSR-2, which never fled because it had short wings.

The place of the event, Switzerland, gathering djs from different countries, was the inspiration for creating the font that gave the basic information.

In particular, TBD Armin (redesign of letters identified in a Swiss print version of '55) was designed as a tribute to the classical Swiss graphic designer Armin Hofmann, whose his work contributed to the training of graphic designers in Switzerland and around the world.